Terminology management is an ancillary service that is particularly useful and valuable for large or frequent translation projects. It consists of creating glossaries and translation memories that are customized for the client. They are tools that optimize the translation process by ensuring consistency of terminology and style in the translated texts for the same company and that save the customer time and money. 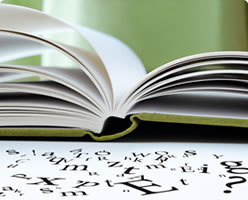 A glossary is a collection of words related to a specific field, which may be bilingual or multilingual. When the customer requires this service, before proceeding to the actual translation, we conduct a preliminary extraction of terminology to identify specific technical terms in the text to be translated. Based on these drafts, a glossary of terms is assigned to corresponding future translations. This glossary will serve as a guide for the translator regarding the choice of terms to be used and subsequent translation projects will continue to be updated to include the new terms presented by the new text. We can create glossaries from scratch or based on the documents already produced by the company.